Over the past several months, parts of California, specifically the city of Los Angeles, have seen a rise in street takeovers, some of which have resulted in crime and deaths.

In a recent statement, the Los Angeles Police Department described a street takeover by saying, “Motorists flooded the intersection and blocked traffic with their vehicles from all directions to create a ‘pit’ in the middle of the intersection. During the incident, spectators exited their vehicles and watched as motorists recklessly drove in a maneuver known as ‘doing donuts.'”

“The term ‘flash mob’ was first used to describe a large public gathering at which people perform an unusual or seemingly random act and then disperse, typically organized by means of the internet or social media. In the latest cases, however, ‘flash mobs’ have turned from fun spontaneous events to opportunistic criminal occurrences,” the statement added.

The LAPD description came after many reports of street takeovers resulting in deaths and other deadly occurrences.

In the statement describing the street takeover, the LAPD said that the incident led to a “flash mob” looting a local 7-Eleven store. According to police, video surveillance footage from the incident, which occurred on August 15, showed looters stealing dozens of items from the 7-Eleven store and exiting the store “to the surrounding parking lots and streets.”

They “quickly dispersed before police arrived,” according to law enforcement.

On August 15, another similar incident occurred when a youngster was tragically shot during a street takeover. The Los Angeles County Sheriff’s Office stated in a statement that it responded to a “gunshot victim/street racing complaint” near the 13400 block of Mettler Avenue.

“Upon arrival, deputies found a male Hispanic, 15 to 20 years of age, unresponsive and suffering from apparent gunshot wounds,” the statement said. “The victim was transported to a local hospital where he was pronounced deceased. The incident does not appear to be gang-related and there is no suspect or suspect vehicle information at this time.” 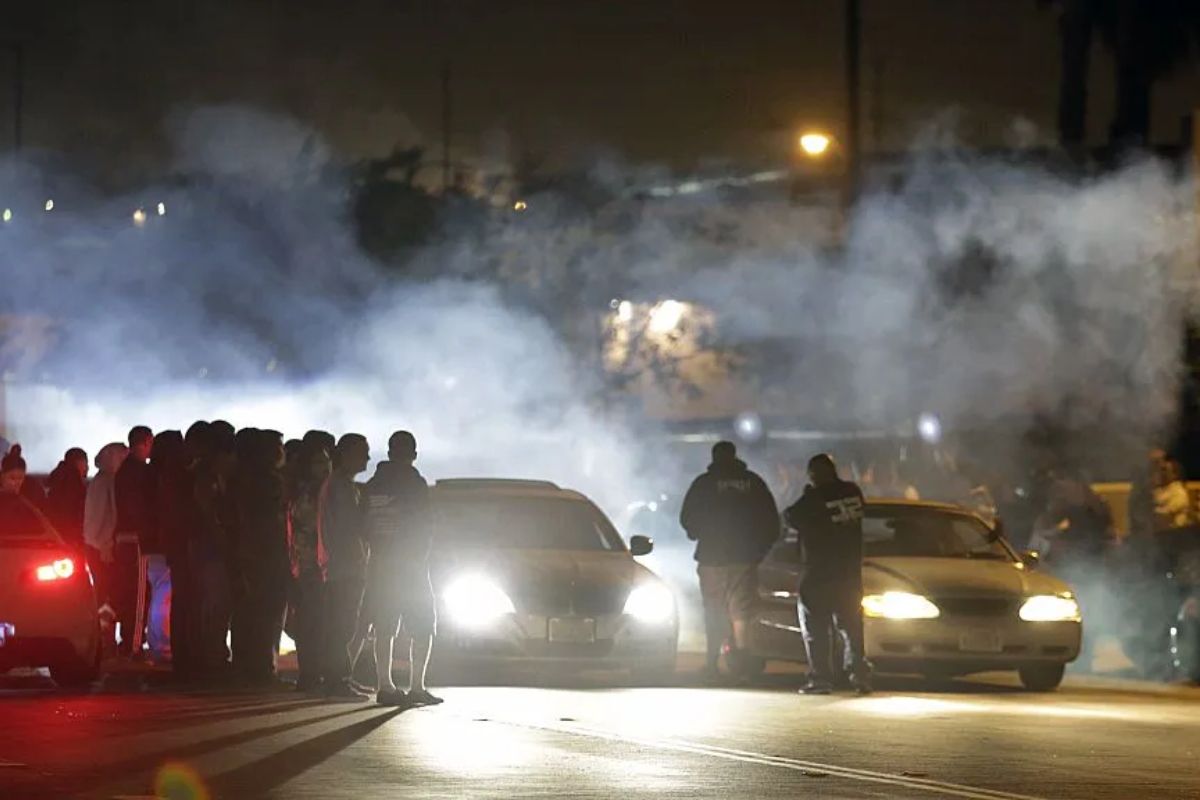 Neighbors in the vicinity where the event occurred characterized the scenario to KTLA as a street takeover.

According to the Los Angeles Times, at least eight people have died as a result of street takeovers since November. In an interview with KTLA in June, Los Angeles Police Department traffic group Commander Al Pasos stated that these street takeovers are planned to utilize social media.

“They’re using their network to pinpoint regions where they’ll be, which encourages a large number of people to flock there,” Pasos told KTLA. “I also believe that the widely publicized novelty of capturing these events, whether through a live stream, a web page, or a post…causes people to go out and become more active in them.”

Till Then, Keep Yourself Updated With all the latest news from Our Website Journalworldwide.