What Exactly Does It Mean for Roe V. Wade to Be Overturned? Supreme Court Decision’s Ramifications!

A leaked February draft opinion indicated that the court might move in that direction. The final opinion was released Friday, June 24.

If Roe v. Wade, a landmark case that limited government restrictions on abortion, is overturned, states will be able to change access to abortion. For example, state legislatures will be able to pass laws that ban abortions before a fetus is healthy enough to live. Blue states, however, want to make it easier to get an abortion.

Different states change their laws at different speeds. Many red states have “trigger” laws that make it harder to get an abortion if Roe is overturned. For example, Texas is currently defending a law that bans abortions after six weeks, but if Roe is overturned, the state will go back to a stricter law. The state, which is where Roe came from, has a law that will automatically bring back its previous ban if certain conditions are met.

Anti-abortion groups like Family Policy Alliance and Americans United for Life have already started getting ready for political battles after Roe. In blue and purple states, Republicans are likely to get a lot of pushback when they try to pass new bans. This means that the laws of those states might not change, or at least not for a long time. And if the Democrats win more seats in the House, they will be able to keep pushing for Roe to be written into federal law.

States like New York, which passed a law in 2018 to make Roe permanent, are likely to keep making it easier to get an abortion.

Groups that are against abortion have said that Roe is more extreme than most people think. Roe made abortion legal early in a pregnancy, but it left room for exceptions later in the pregnancy if the mother’s life or health were in danger.

The decision in Doe v. Bolton, released on the same day in 1973 as Roe v. Wade, argued that the life and health of the mother encompassed a wide range of reasons. In his majority opinion, former Justice Harry Blackmun wrote that “medical judgment may be exercised in the light of all factors — physical, emotional, psychological, familial, and the woman’s age relevant to the well-being of the patient. All these factors may relate to health.” 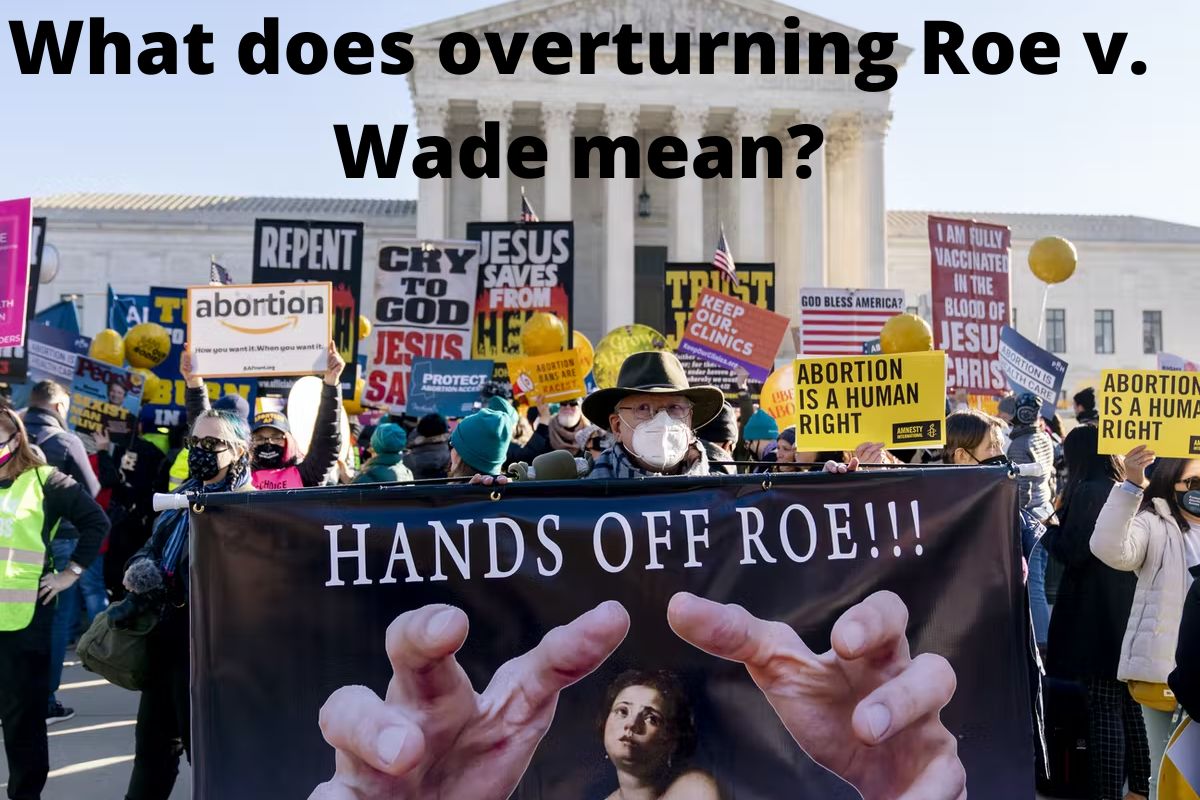 ‘The beginning of a new stage’ in the abortion wars

Many people who are against abortion have said that the end of Roe is just the start of the next stage of their movement.

“If Roe is finally overturned, that isn’t the end of the pro-life movement, but the beginning of a new stage,” Ethics and Public Policy Center president Ryan T. Anderson tweeted last year. “Time to pass laws to protect babies, craft pro-family policies, build support systems for women. So much of this already exists, and now is the time to take it to next level.”

If Roe is overturned, abortion law will once again be influenced by the sometimes messy democratic processes that shape state laws. In blue states, this will likely mean putting a lot of effort into educating the public and changing how they feel about the issue.

The conservative Family Policy Alliance has had a website campaign called “After Roe” that helps people find out what the laws are in their state. It was also meant to help them get in touch with their state family policy council and do something about the problem. The group said that the site will show ways to work with other anti-abortion groups like Susan B. Anthony List and the American Association of Pro-Life Obstetricians and Gynecologists.

A lot of what anti-abortion groups will do will be the same as what they already do, like propose laws, educate people, and lobby for changes. The other side has made it clear that they don’t want to give up. For example, Democrats are already pushing for Roe to be written into federal law and for President Biden to pack the courts.

Abortion advocates like Rep. Ayanna Pressley, and D-Mass., have indicated they’ll continue fighting on the issue regardless of the Supreme Court decision.

“We won’t stop. No one is truly free until everyone is. Make abortion legal, “she told people at a rally outside the Supreme Court.