Gellert Grindelwald was a European wizard who was regarded as one of history’s most powerful and dangerous dark wizards. He envisioned a world in which wizards dominated muggles, and he was willing to go to extreme lengths to make that happen. In the first half of the twentieth century, Grindelwald waged a European Wizarding War. He was eventually defeated by Albus Dumbledore.

Grindelwald and Dumbledore had a childhood friendship that could have developed into romance. The tragic death of Dumbledore’s sister Ariana cut this short. They were both fascinated by the Deathly Hallows. Grindelwald discovered and acquired the Elder Wand. When he was defeated, Dumbledore took it from him.

Gellert Grindelwald was born in 1883 somewhere in Europe into what was most likely a pure-blood wizarding family. He was a gifted young wizard with a charming and merry personality that allowed him to attract and enchant others. He was also an innate seer.

He went on to be educated at Durmstrang Institute, also located somewhere in Europe. This school took a more liberal attitude towards the dark arts than Hogwarts.

Grindelwald was drawn to the dark arts because of the potential they held. He was also constrained by the rules in place to keep the walls between the wizarding and muggle worlds intact. Even while in school, he began to form the opinion that wizards should have an advantage over muggles.

Grindelwald and the Deathly Hallows

Grindelwald believed he was doomed to rise to the top of the wizarding world and lead a wizarding revolution. While in school, he learned about the Deathly Hallows and developed a strong desire to find and unite the three treasures to aid him in his quest.

He became so obsessed with the Deathly Hallows that he adopted the Hallows’ symbol as his own. Before leaving, he engraved it on a wall in Durmstrang, and the students there came to associate the symbol with him.

While at school, he engaged in increasingly dangerous magical experiments, which Rita Skeeter described as twisted. The school expelled Grindelwald when he was 16, before graduating. 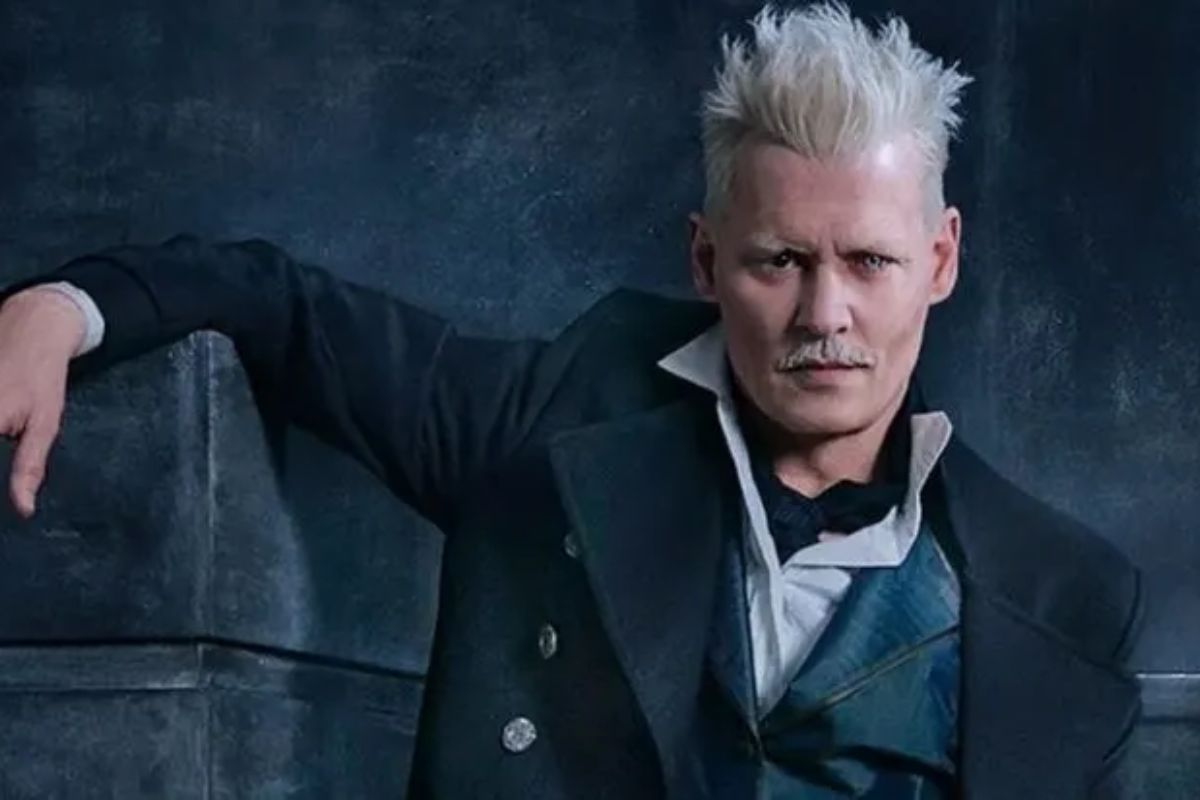 After his expulsion from Durmstrang, in the summer of 1899 Grindelwald went to Godric’s Hollow in England to stay with his great aunt Bathilda Bagshot. He was probably attracted to the spot as it was known to have been where Ignotus Peverell, one of the original brothers who possessed the Deathly Hallows, lived and died.

Shortly after he arrived, he was introduced to his neighbor Albus Dumbledore, and the two became fast friends. They were both brilliant young wizards who felt side-lined. Grindelwald by his expulsion, and Dumbledore by the death of his mother, which left him responsible for his two younger siblings, including a mentally disturbed sister. They also shared an interest in the Deathly Hallows.

Grindelwald soon won over Dumbledore with his winning personality and convinced him to become involved in his quest for wizarding domination. Dumbledore tried to temper the idea, saying that it would be for the greater good. But Dumbledore himself knew that this was an empty justification. He clung to it because of his deep feelings for Grindelwald.

The bond between the two was so strong that they made a blood pact never to fight one another.

Grindelwald ran for the position of Supreme Mugwump of the International Confederation of Wizards in the 1930s. He took advantage of this platform to declare open war on muggles. This resulted in six years of chaos during which Grindelwald committed numerous crimes while his old friend Dumbledore refused to confront him.

During the Paris rally, Newt Scamander obtained the blood vial of Grindelwald and Dumbledore’s blood pact, so Dumbledore was working to break the pact. He was also hesitant because he was afraid Grindelwald would reveal who had murdered his sister Ariana.

Dumbledore had been working behind the scenes against Grindelwald for years, but it wasn’t until 1945 that he was finally able to confront him. Despite Grindelwald’s possession of the Elder Wand, Dumbledore triumphed in a duel of epic proportions. As a result, Dumbledore obtained the Elder Wand and became its master.

The defeated Grindelwald was imprisoned in his own Numengard fortress and would remain there for the rest of his life. There is some evidence that his time incarcerated led him to rethink his actions and express regret.

Lord Voldemort returned to Grindelwald’s cell in 1998, 53 years after his defeat, in search of the Elder Wand. Gregorovitch had informed him that Grindelwald had stolen his wand.

Grindelwald made fun of Voldemort, telling him that he no longer possessed the wand and that Voldemort would never have it. When he refused to reveal the location of the Elder Wand, Voldemort cast the Killing Curse on him.

Of course, it was not long before Voldemort realized that it must have been Dumbledore who had taken the wand from Grindelwald.

Who is Stronger Naruto or Boruto? Is Boruto Stronger Than Naruto?