The Hashira are the Demon Slayers Corps’ highest-ranking warriors, with each member earning their place by defeating powerful demons and saving countless lives. The strength of this elite team can be seen firsthand when Kyojuro Rengoku rescues everyone aboard the Mugen Train while battling an Upper-Rank Three demon. Another example is when Tengen Uzui, with the assistance of Tanjiro Kamado and his team, stops an Upper-Rank Six demon in the Entertainment District Arc.

Since the group encompasses many mighty warriors, fans have wondered who the strongest Hashira in Demon Slayer is. The answer to this question is plain to see once you examine anime and manga.

Gyomei Himejima is the strongest Hashira in Demon Slayer because of his raw power and adaptability skills during battles. In Chapter 134, Hashibira Inosuke claims he is “The Strongest Demon Hunter” and explains how the sight of the Stone Hashira gives him the chills. Tanjiro also states how Gyomei is the only Hashira with a different smell, which hints at his dominant strength compared to all of them.

Himejima is so powerful that even his adversaries are impressed by his abilities. Kokushibo, an Upper-Rank One demon, claims that it has been three hundred years since he encountered a swordsman as powerful as the Stone Hashira in Chapter 169. As the fight progresses, the demon admires Gyomei’s exceptional physique and uncanny precision. 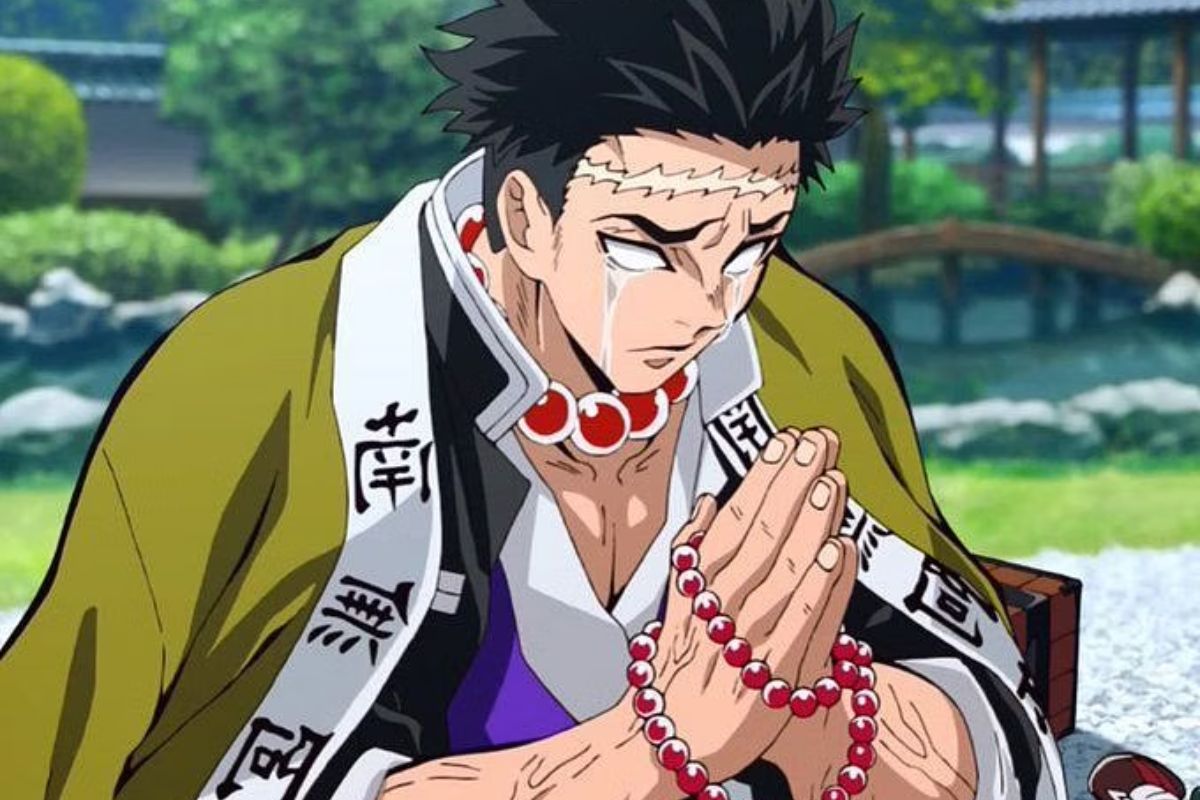 The raw strength of Gyomei Himejima is evident in his origin story in Chapter 135. He explains how he kept a demon at bay using only his bare fists, as shown here:

Besides Gyomei’s physical strength, his abilities are another factor that increases his overall power. He uses Transparent World to use his blindness to his advantage by being able to predict his opponent’s movements and even sensing their pulse.

Himejima’s Stone Breathing is also one of the most powerful techniques, and he is regarded as the most skilled user of this style. He pairs this ability with his spiked flail and axe to perform a deadly attack on any of his foes. For example, during the battle with Kokushibo, the demon cannot break the chains of his weapon, which shows the flail and axe’s advantage in both attack and defense mechanisms.

Furthermore, Koyoharu Gotouge, the author of Demon Slayer, potentially confirms Gyomei as the strongest Hashira when they included an extra in the manga, as shown here:

Now that you know who the strongest Hashira in Demon Slayer is, you can read the manga or watch the anime to experience the fierce battles with Gyomei Himejima. Until then, we’ll have to wait for the Swordsmith Village Arc, which will showcase two more of Hashira’s abilities. More Demon Slayer content can be found at the links below, as well as the most recent news and guides on Twinfinite.

In this post, we have covered the strongest hashira Hoping from our side that you liked our post, if yes, then please share your valuable feedback in our comment section. Also, mark Journalworldwide.com in your bookmarks for more such updates.

Indiana’s AG Initiates an Investigation Into the…