Willie Nelson Net Worth: Willie Nelson is an American country music singer-songwriter, author, poet, actor, activist, and national treasure who has a net worth of $25 million. Willie Nelson earned his net worth through his musical career, songwriting, and his many roles in television and films, as well as the writing of his autobiography and other books.

Willie Hugh Nelson was born in Abbott, Texas on April 29, 1933. He is Myrle and Ira Nelson’s son. Mildred, his cousin, named him Willie and gave him the middle name Hugh in honor of her younger brother, who died shortly before Willie was born. In 1929, his parents relocated from Arkansas to Texas in search of work. His grandfather was a blacksmith, and his father was a mechanic. His mother abandoned the family not long after he was born. Nelson and his sister Bobbie were raised by their grandparents after their father remarried and moved away.

When he was six, his grandfather bought him a guitar and taught him a few chords. Willie and Bobbie’s grandparents taught them to sing and set them on their musical path. Nelson and his sister Bobbie sang gospel songs with their grandfather in the church choir. Willie wrote his first song at the age of seven, and by the age of nine, he was playing guitar in a local band called Bohemian Polka.

Willie attended Abbott High School and was very involved in sports. He played football, basketball, and baseball. He was also a member of the Future Farmers of America, for whom he raised pigs. During high school, he was a member of the band The Texans, which was founded by his sister’s husband, Bud Fletcher. In the band, Willie sang and played the guitar. The Texans performed in honky-tonks and had a radio show on Sunday mornings.

In 1952, Nelson graduated from Abbott High School. He briefly served in the Air Force before enrolling at Baylor University to study agriculture. He was a Tau Kappa Epsilon fraternity member. Nelson dropped out of college after two years to pursue a musical career. Nelson worked as a saddle maker, tree trimmer, bouncer, and at an auto parts store while launching his music career.

Sonya Eddy Net Worth: What are the Causes of Sonya Eddy Death?

Nelson accepted a position as a DJ at KBOP and relocated to Pleasanton, Texas. Using the radio station’s equipment, he recorded his first two singles, “The Storm Has Just Begun” and “When I’ve Sung My Last Hillbilly Song,” in 1955. He sent the demos to a local record label, but they were turned down. Nelson went on to work for a number of Texas radio stations and perform in nightclubs. He eventually arrived in Portland, where his mother lived. He worked as a DJ at several radio stations in Portland, Oregon, and Vancouver, Washington during this time. 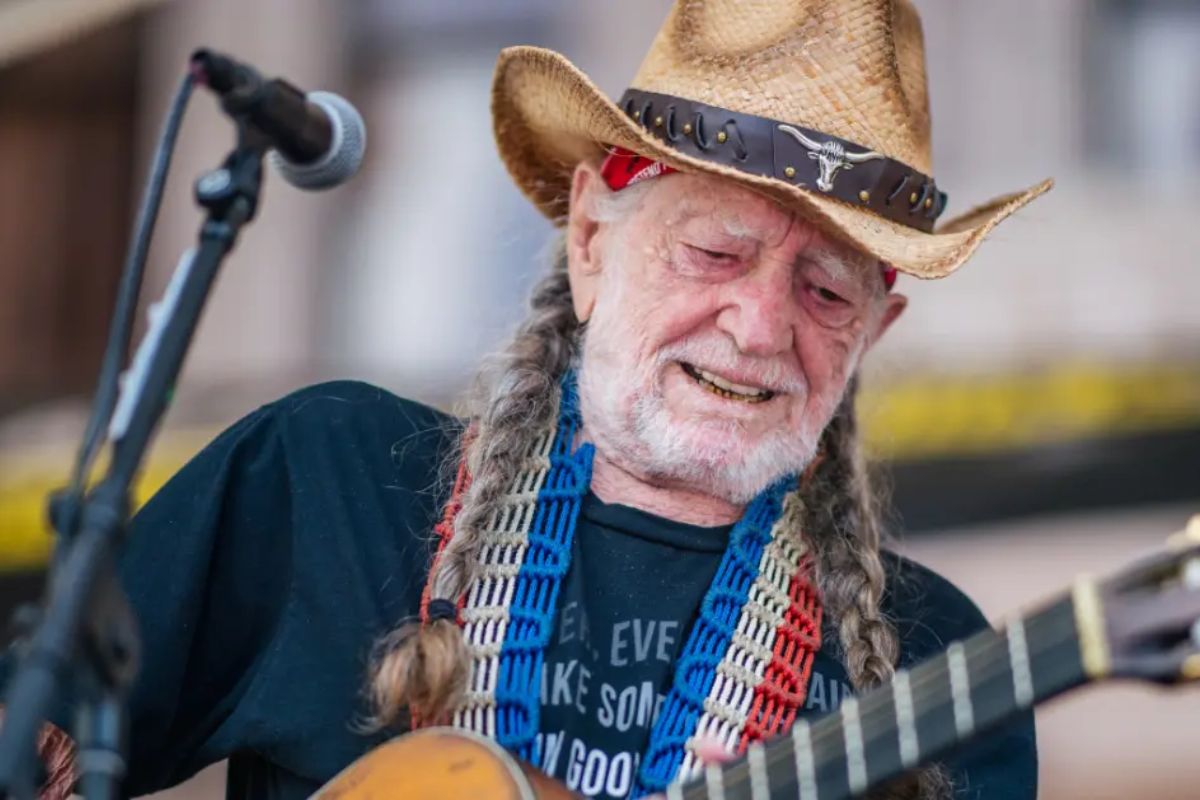 This is when he wrote a number of songs that would go on to become country standards as well as some of his biggest hits, including “Funny How Time Slips Away.” Nelson moved to Nashville and signed a publishing contract in 1960. In 1962, he released his first album, “…And Then I Wrote.” The album was a hit. In 1964, he signed with RCA Victor and in 1965, he joined the Grand Ole Opry.

Nelson is one of the most successful and prolific musicians in the outlaw country subgenre. Nelson had huge success with “Shotgun Willie,” “Red Headed Stranger,” and “Stardust” in 1973, 1975, and 1978. Nelson recorded the iconic hit songs “On the Road Again” and “To All the Girls I’ve Loved Before” in the mid-1980s. With Johnny Cash, Kris Kristofferson, and Waylon Jennings, he also formed the country supergroup The Highwaymen.

Nelson has appeared in over 30 films, co-authored several books, and has advocated for the use of biofuels and the legalization of marijuana, in addition to his musical engagements.

Willie Nelson has been married four times and has seven children. From 1952 to 1962, he was married to Martha Matthews. Lana, Susie, and Wilie “Billy” Hugh, Jr. were their three children. Willie Sr. was assaulted several times by Martha. At one point, she sewed him into bedsheets and beat him with a broomstick. Billy, their son, committed suicide in 1991. From 1963 to 1971, Nelson was married to Shirley Collie. They divorced after Shirley discovered a maternity ward bill and learned that Willie had a daughter, Paula Carlene Nelson, with Connie Koepke.

Nelson married Koepke in 1971 and had another daughter, Amy Lee Nelson. In 1988, they divorced. In 1991, he married Annie D’Angelo, and they had two sons, Lukas Autry Nelson and Jacob Micah Nelson. Lukas Nelson, like his father, is a well-known country artist who focuses on a rock with his band Lukas Nelson and Promise of the Real. Nelson’s lung collapsed while swimming in Hawaii in 1981. He was taken to Maui Memorial Hospital for treatment.

Nelson had carpal tunnel syndrome surgery in 2004 after repeatedly playing the guitar and injuring his wrists. Nelson is a taekwondo second-degree black belt.

In this article, we discuss about Willie Nelson Net Worth if you like this article then stay tuned with us and read our other articles Marion Barber  and  Dwayne Haskins  on our site Journalworldwide.com.

Who Is Parker Schnabel Girlfriend? His Relationship…