On Sunday, Ukrainian forces left Lysychansk. This gave Russia control of the city, which had been Ukraine’s last stronghold in the eastern Luhansk region. Volodymyr Zelensky, the president of Ukraine, promised to come back “thanks to our strategies and the increase in the supply of modern weapons.” Nothing is given up by Ukraine.”

While Luhansk governor Serhiy Haidai said Monday that Ukrainian forces still controlled a “small part” of Luhansk, the loss of Lysychansk means Moscow has seized virtually all of the region and can move its sights toward neighboring Donetsk. Haida told Reuters he expects Russia to target Slovyansk and Bakhmut in particular, as the Kremlin seeks to take control of the larger Donbas area, which includes both Luhansk and Donetsk, in the latest phase of its invasion. Fighting in the east will probably remain “grinding and attritional,” Britain’s Defense Ministry said Monday.

As Kyiv tries to keep the ground it has, top Ukrainian officials and European leaders will meet in Switzerland on Monday for the Ukraine Recovery Conference. Zelensky and his wife, Olena Zelenska, are each going to give a virtual speech at the conference.

A Ukrainian official said Monday that Russia is likely to turn its attention to the Donetsk region now that it controls almost all of the nearby Luhansk region. Sunday, Russian forces took over the city of Lysychansk in Luhansk. This made it harder for the Ukrainians to hold on to the land.

Luhansk governor Serhiy Haidai told Reuters that he expected Moscow to specifically target the city of Slovyansk and the town of Bakhmut as it seeks to take control of the larger Donbas area in the east of the country, which includes Luhansk and Donetsk. The mayor of Slovyansk said Sunday that the city had come under the “biggest shelling” of recent times, with President Volodymyr Zelensky later saying that six people were killed and 20 injured. 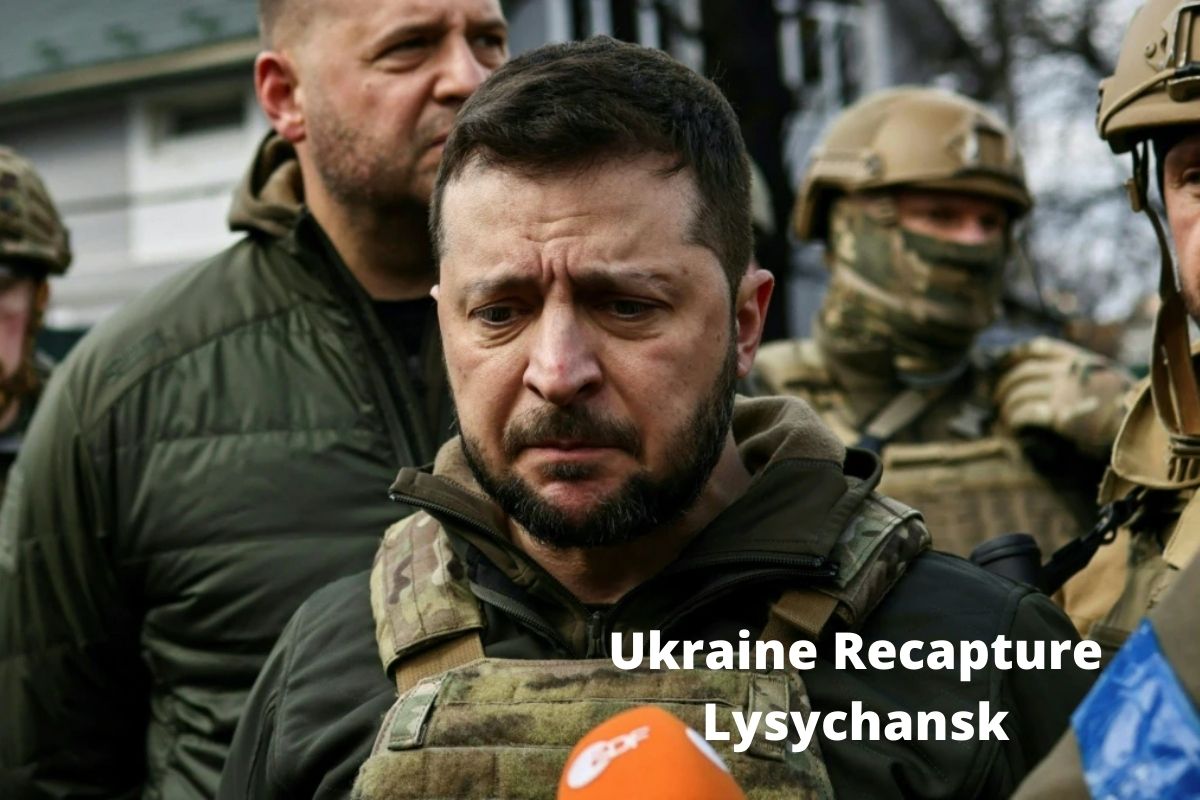 Haida said of the loss of the city, “We need to win the war, not the battle for Lysychansk.” He also said that if Ukrainian troops had stayed, they would have risked being surrounded by Russian forces. “It hurts a lot, but we won’t lose the war because of it.”

In a separate interview with local television Monday, Haidai said fighting had continued in the nearby Bilohorivka area overnight, noting that Ukraine maintained control of “a small part” of the Luhansk region. “But every day, every hour, as long as we hold them and do not let them through, even here in the Luhansk region, this is a positive for our troops,” he said.

But the governor said that the Ukrainian forces didn’t have enough long-range weapons to make a big difference in the local situation. He said, “There are weapons, but not enough.”

On Sunday, Volodymyr Zelensky, the president of Ukraine, met with Thomas Bach, the head of the International Olympic Committee (IOC), in Kyiv. Due to Russia’s invasion of Ukraine, he thanked Bach for his group’s support of a ban on Russian and Belarusian athletes taking part in global sports events.

Zelensky talked about how bad the war has been for sports in Ukraine. He said that the fighting has destroyed training centers and sports clubs and that 89 athletes and coaches have died since the war started. He said this to show that sports and politics are closely related.

“While Russia is trying to kill the Ukrainian people and take over other European countries, its athletes have no place in the sports world,” the leader of Ukraine said.

Zelensky thanked Bach at a joint news conference “for his unwavering position on the suspension of Russian and Belarusian athletes from official competitions run by the International Olympic Committee,” according to a summary from Zelensky’s office.

Bach, on the other hand, said, “It is not yet time to lift such a ban.”

The IOC is a worldwide group that is in charge of watching over the National Olympic Committees. It tries to stay out of politics. The Olympic Charter, which is its rule book, says that “sports organizations within the Olympic Movement shall be politically neutral.” But four days after Russia invaded Ukraine, its executive board suggested that international federations and organizations “not invite or allow Russian and Belarusian athletes and officials to participate” in competitions.

During a trip to Kyiv, Bach said the IOC would give Ukraine’s Olympic movement three times as much money. He said that he hoped “to see a strong, successful, and proud Ukrainian national Olympic team at the 2024 Summer Olympics in Paris and the 2026 Winter Olympics in Milan and Cortina.”

Till Then, Keep Yourself Updated With All the Latest News From Our Website Journalworldwide and Get the Recent Updates.

Foundation Missing? While We Wait for Season Two, Check Out These Five Sci-fi Stories!

The Good Place Season 5: Release Date, Cast, Plot – What to…